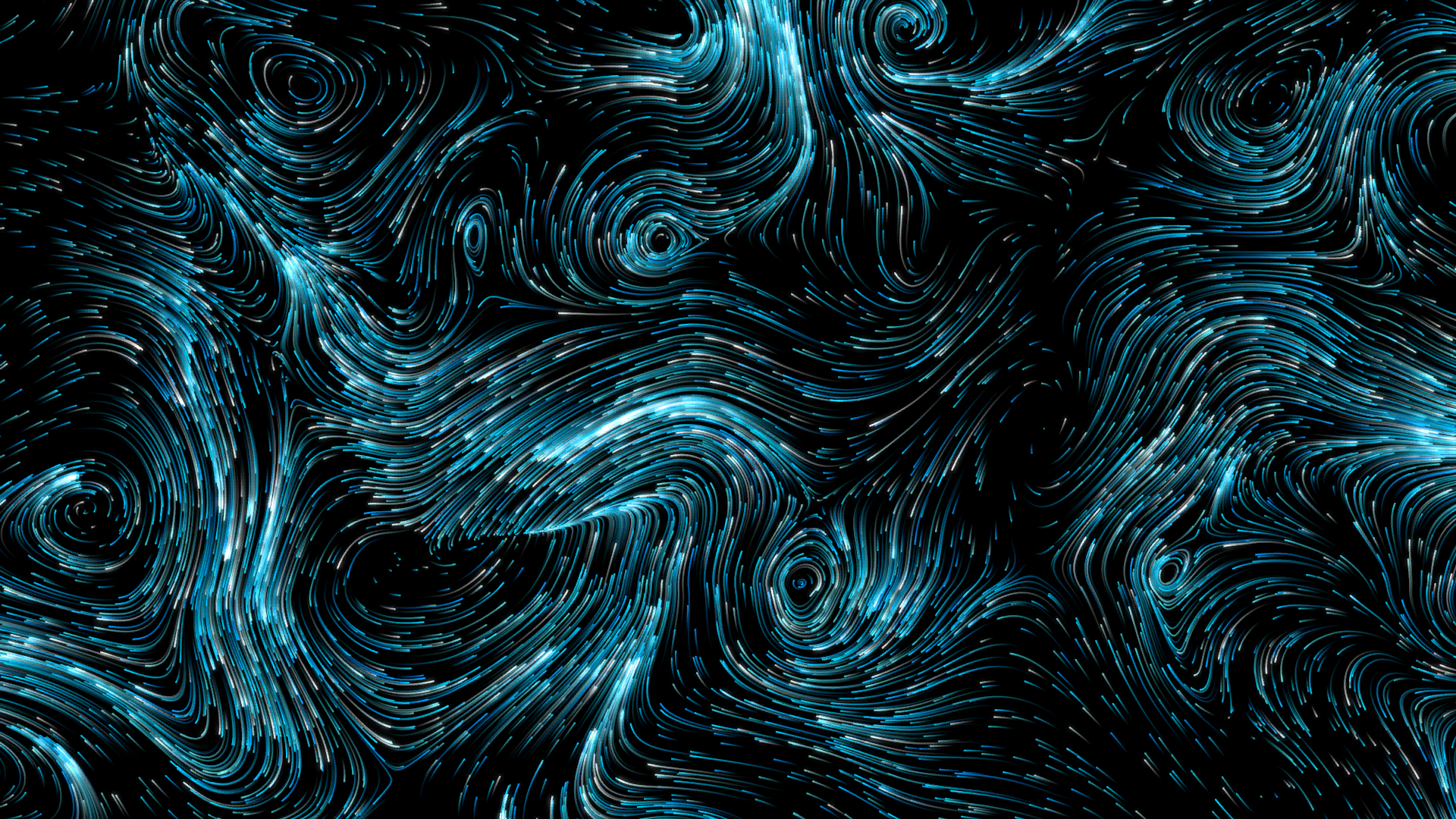 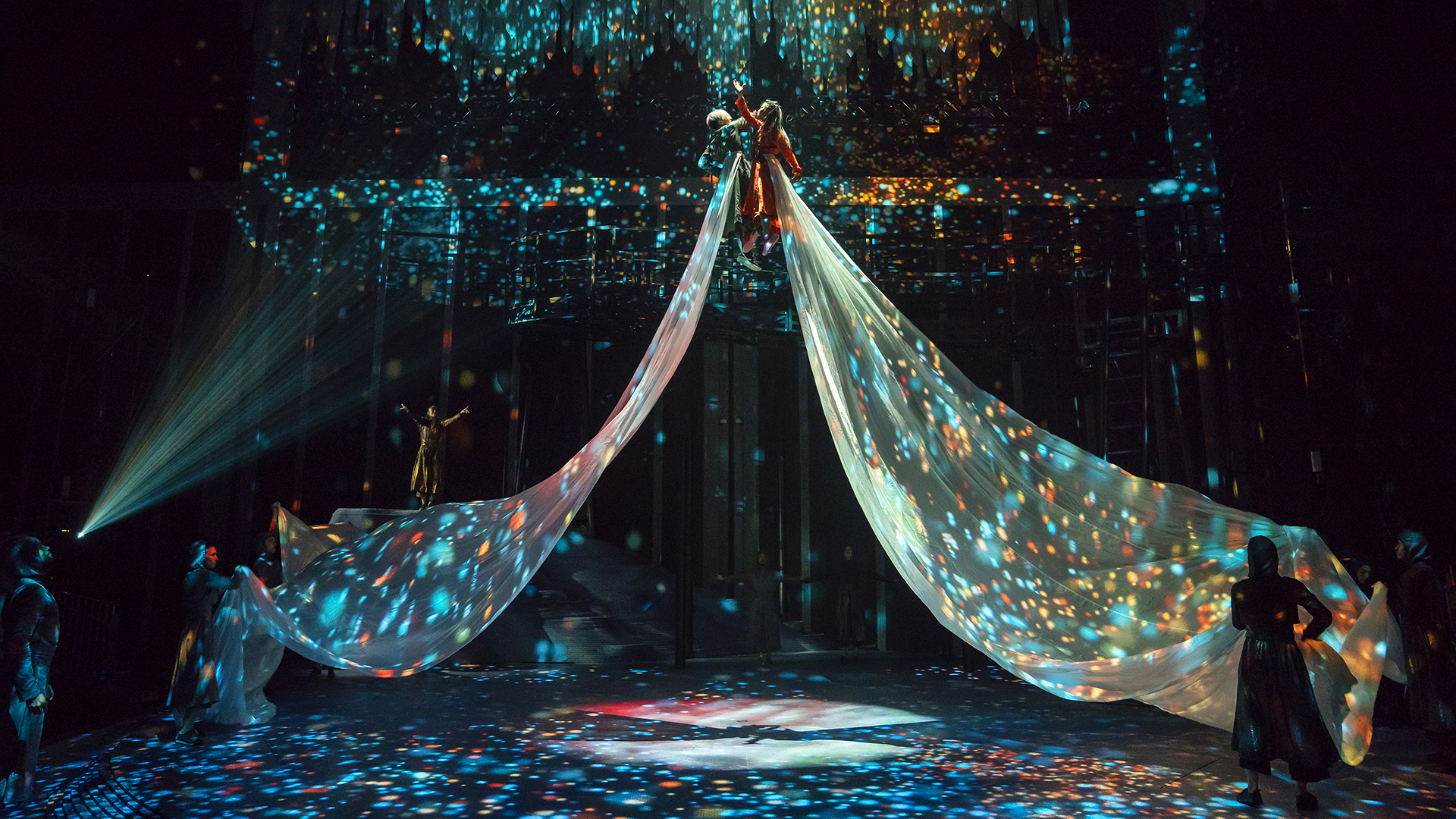 Dragon Spring Phoenix Rise tells the story of a secret sect in Flushing, Queens, that possesses the magical power to extend human life, and the twin brother and sister caught in the struggle to control it. Fast-paced kung fu dance sequences unfold in front of, around, and above the audience in this original production designed specifically for the soaring, flexible space of The McCourt in The Shed, New York. 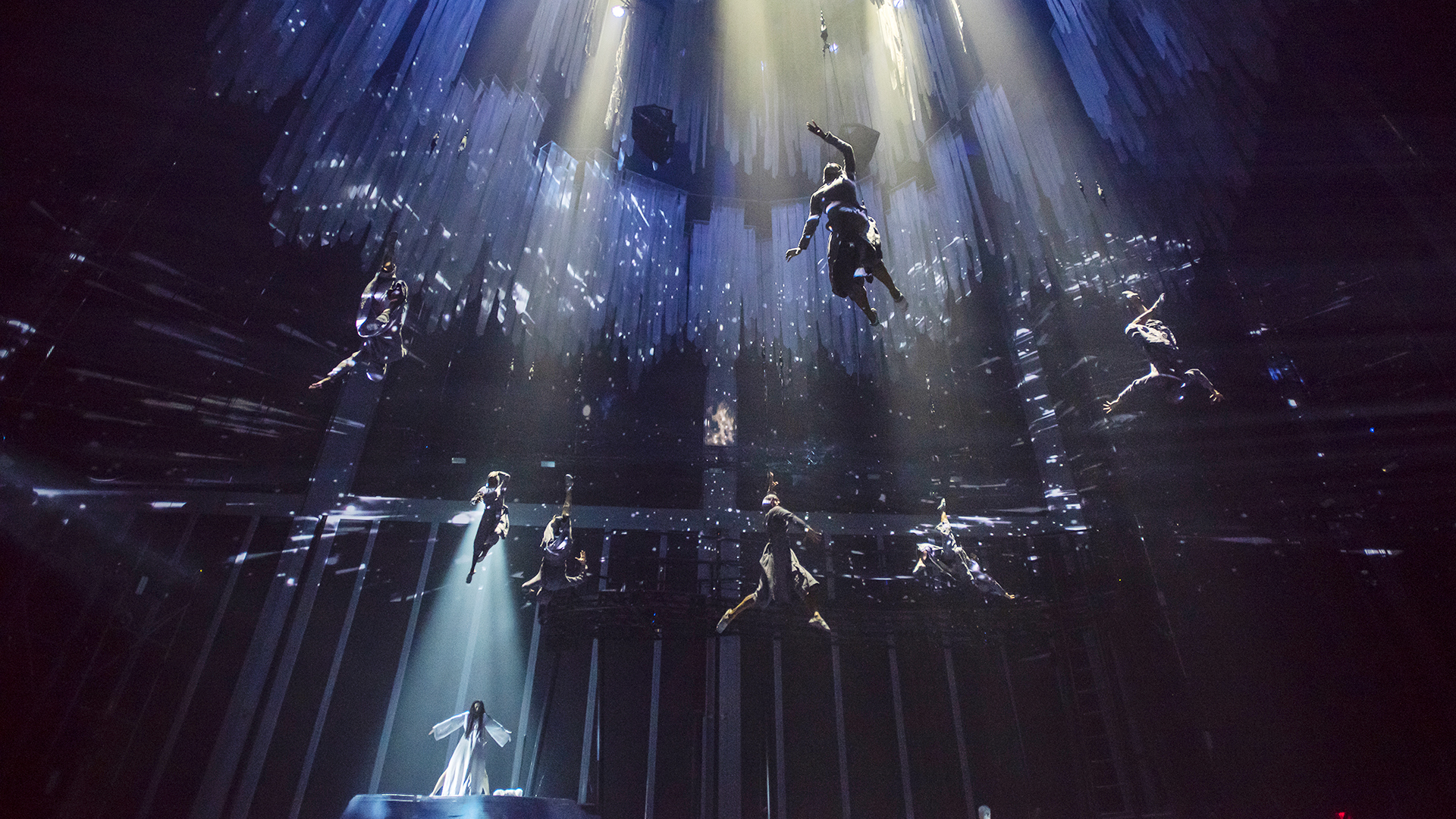 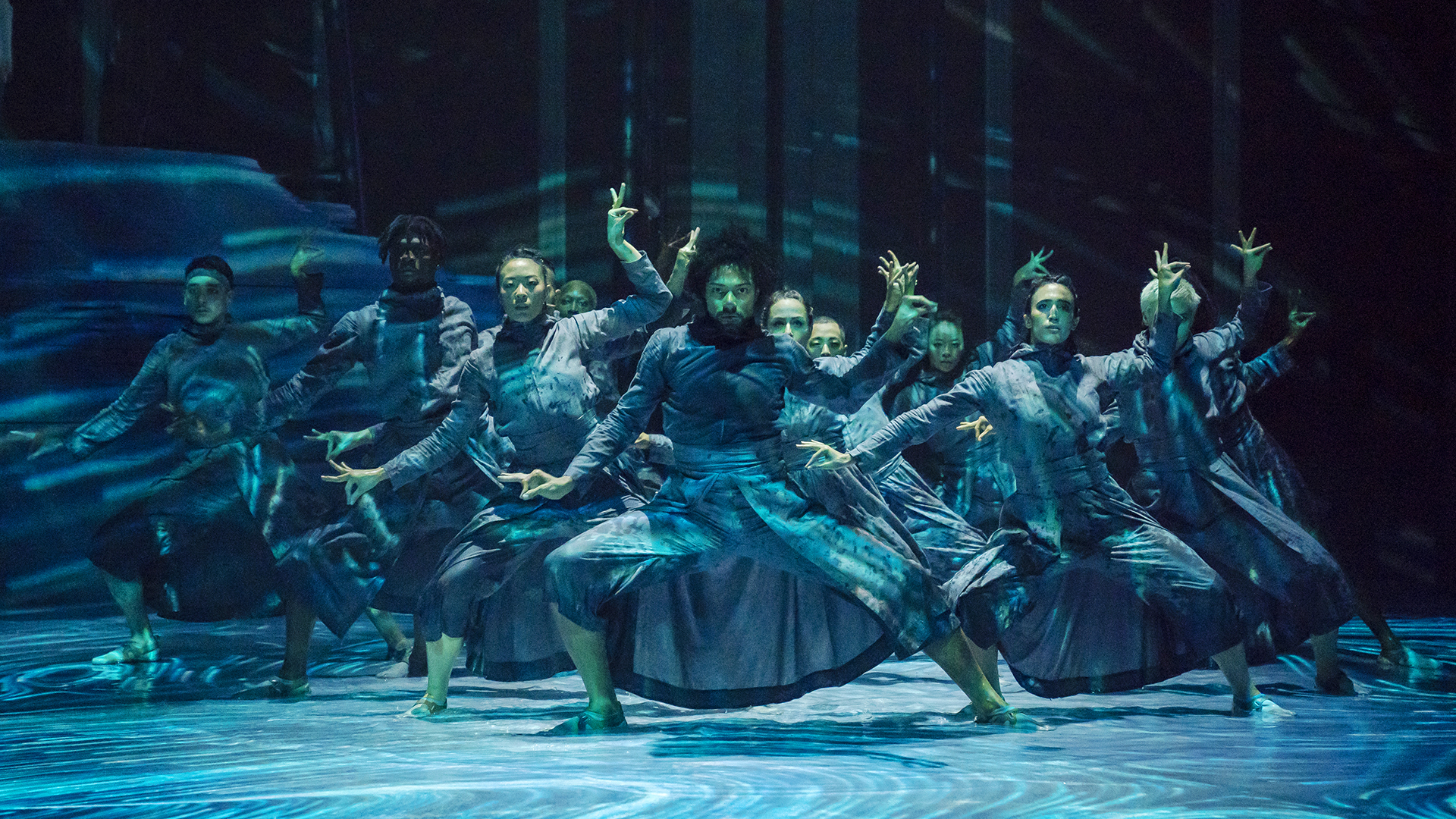 flora&faunavisions once again teamed up with director Chen Shi-Zheng and the creative crew for a multimedia extravaganza. For this unique theater production, we created an immersive experience where the viewer felt like they were sitting in an installation - not in front of a stage. It was important to take the audience on a journey with the actors. To do so, we created a 360-degree projection mapping that covered the entire space, floors, walls ceilings, the actors and the audience.

In the center of the space, a kinetic projection surface made up of hundreds of fabric panels attached to 150 girders on the ceiling could be raised and lowered to create movementand to cause the sensation of being deep inside the dragon's moving belly.

After extensive testing, a semi-transparent, gray and frayed gauze proved to be the right material. By mapping the videos onto these layers and projecting them through the material as it were, we achieved a very special, abstract and mysterious effect. In one scene, the stage floor fills with real water in just a few minutes. For that we projected wave-like video sculptures that begin as a spiral in the middle of the stage and gradually capture the entire space. 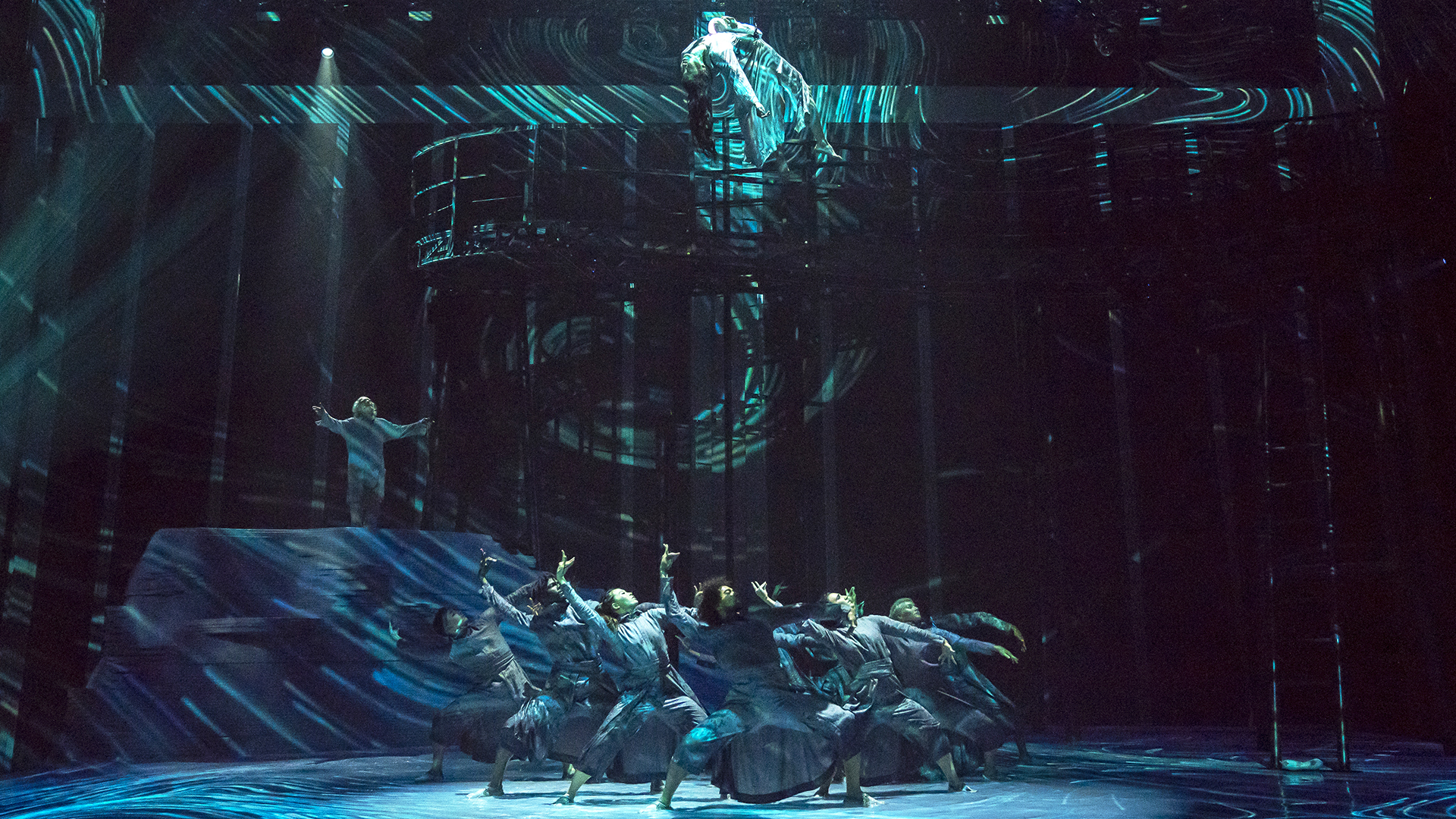 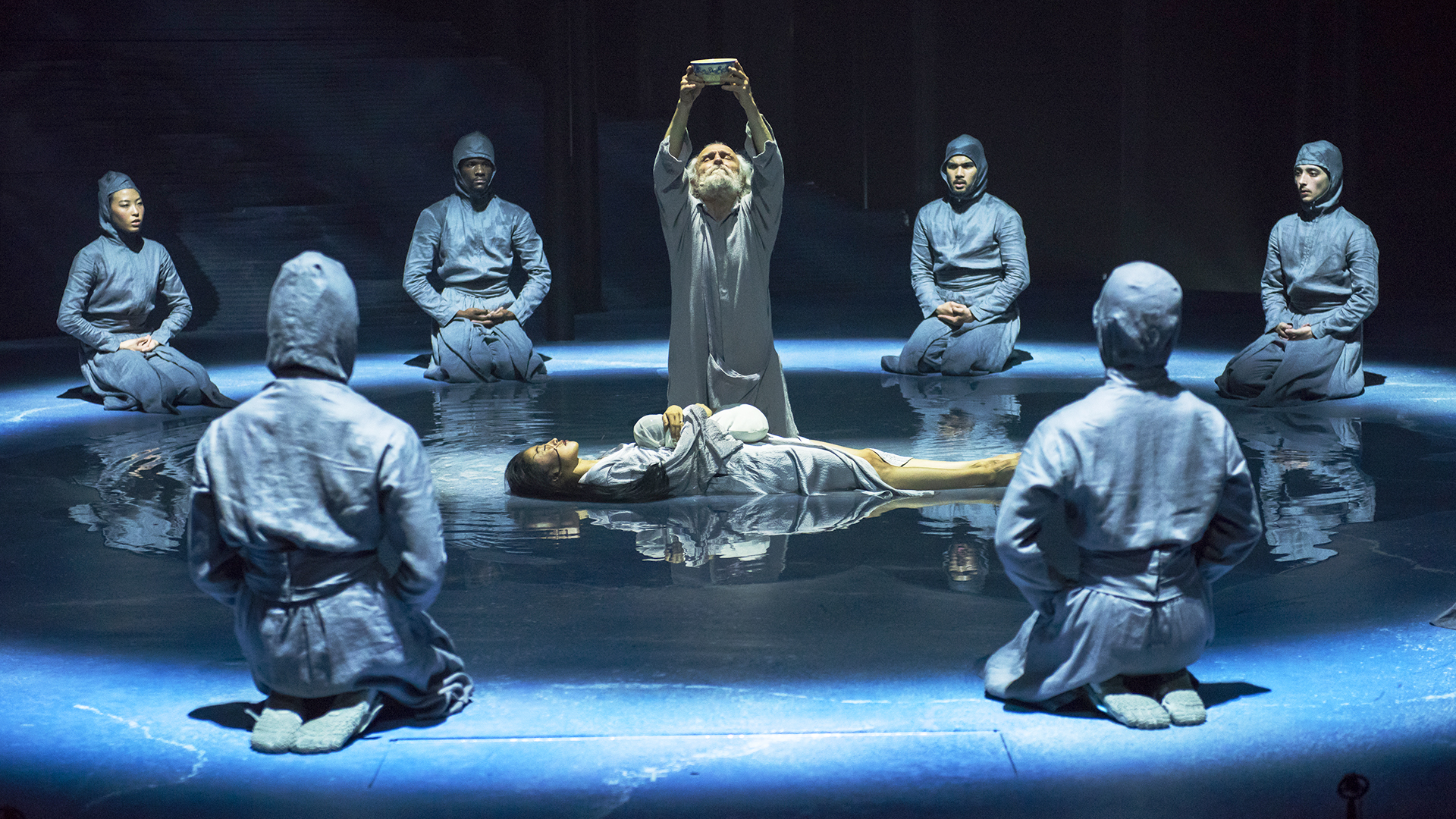 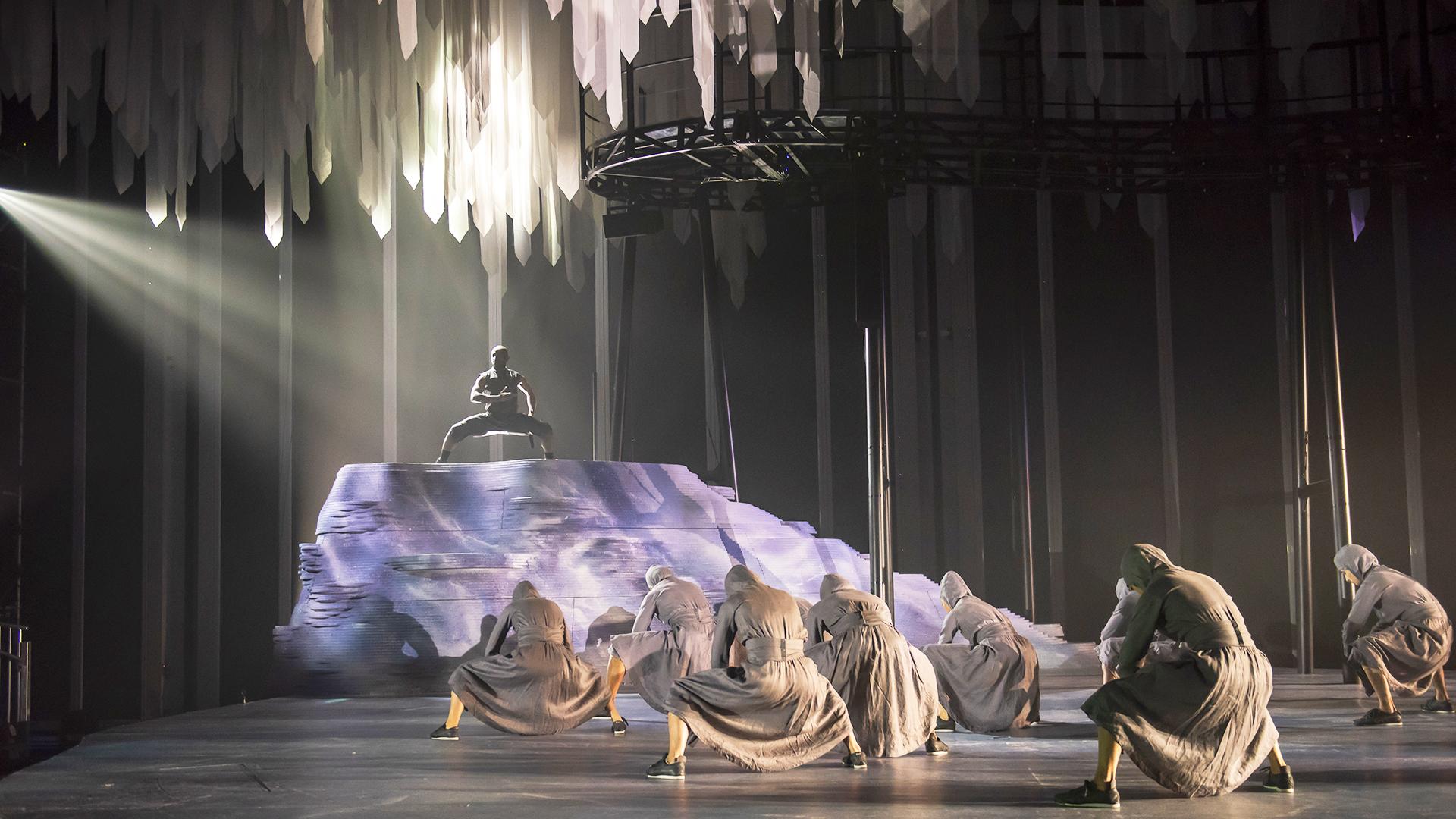 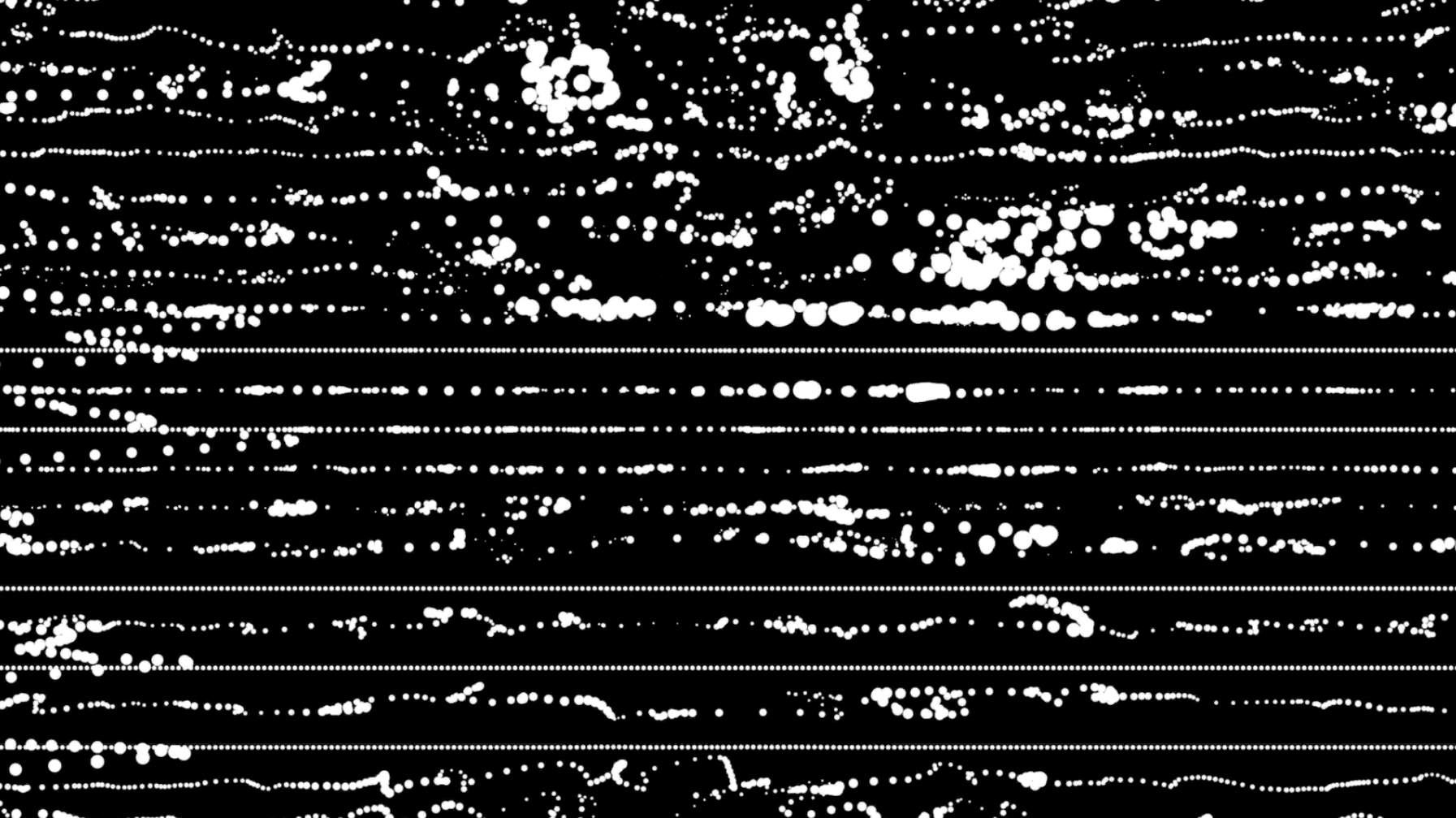 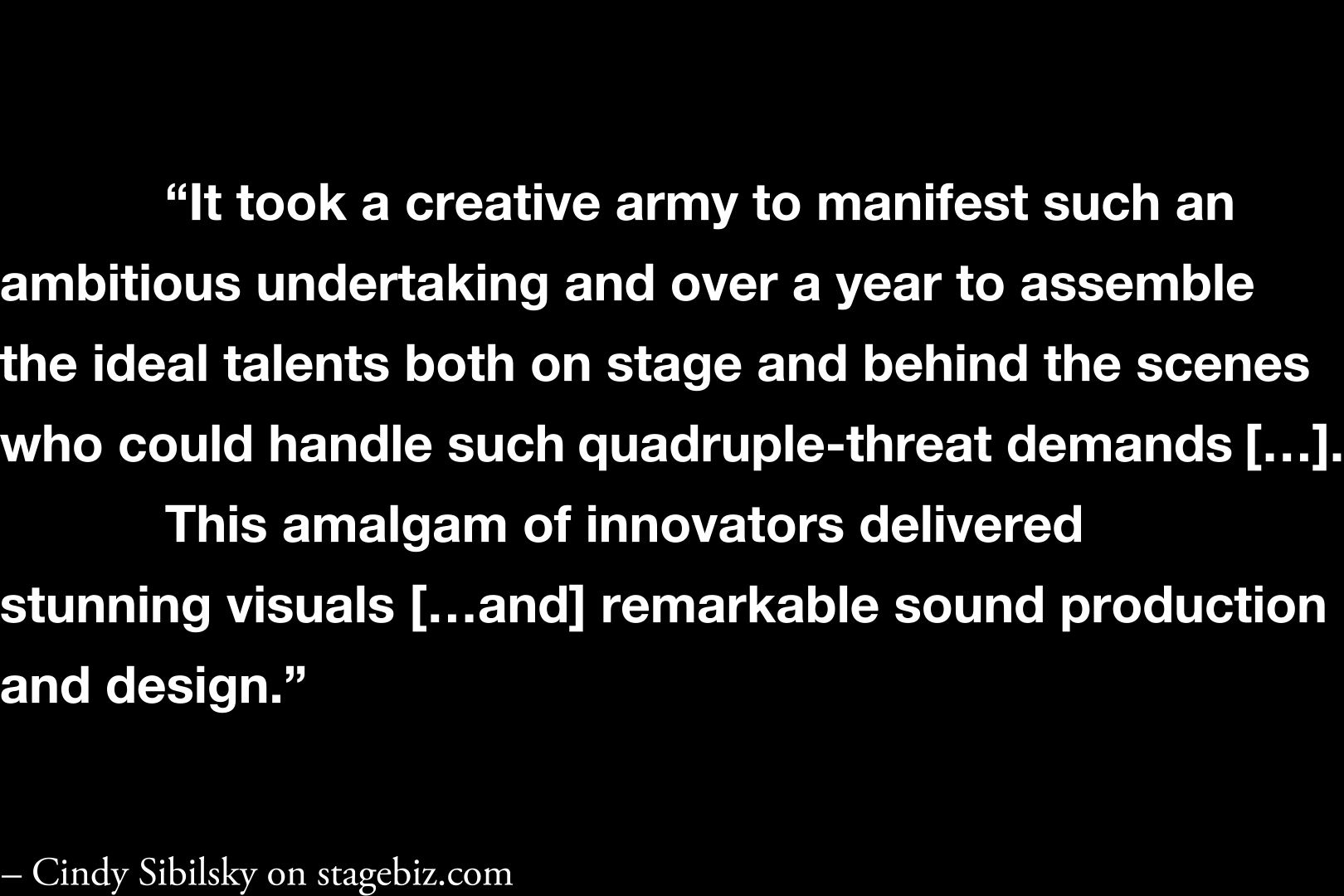 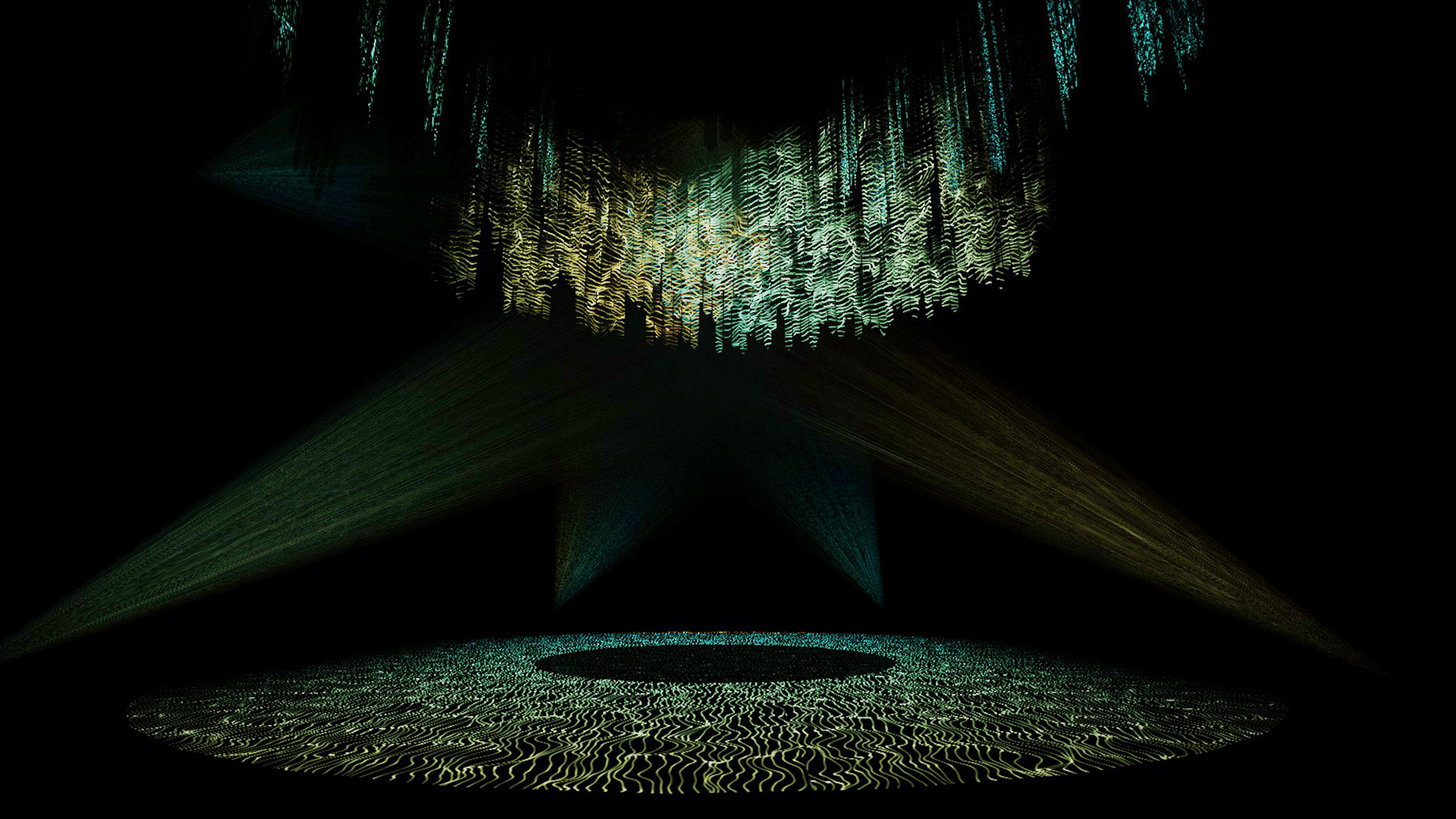 We are honoured to be the first video designers to premiere new work made specifically for this amazing space of The McCourt: It was a huge challenge to create a concept for a space that was still being built. This work truly proves that dedication, creativity and damn hard work pays off in the end. 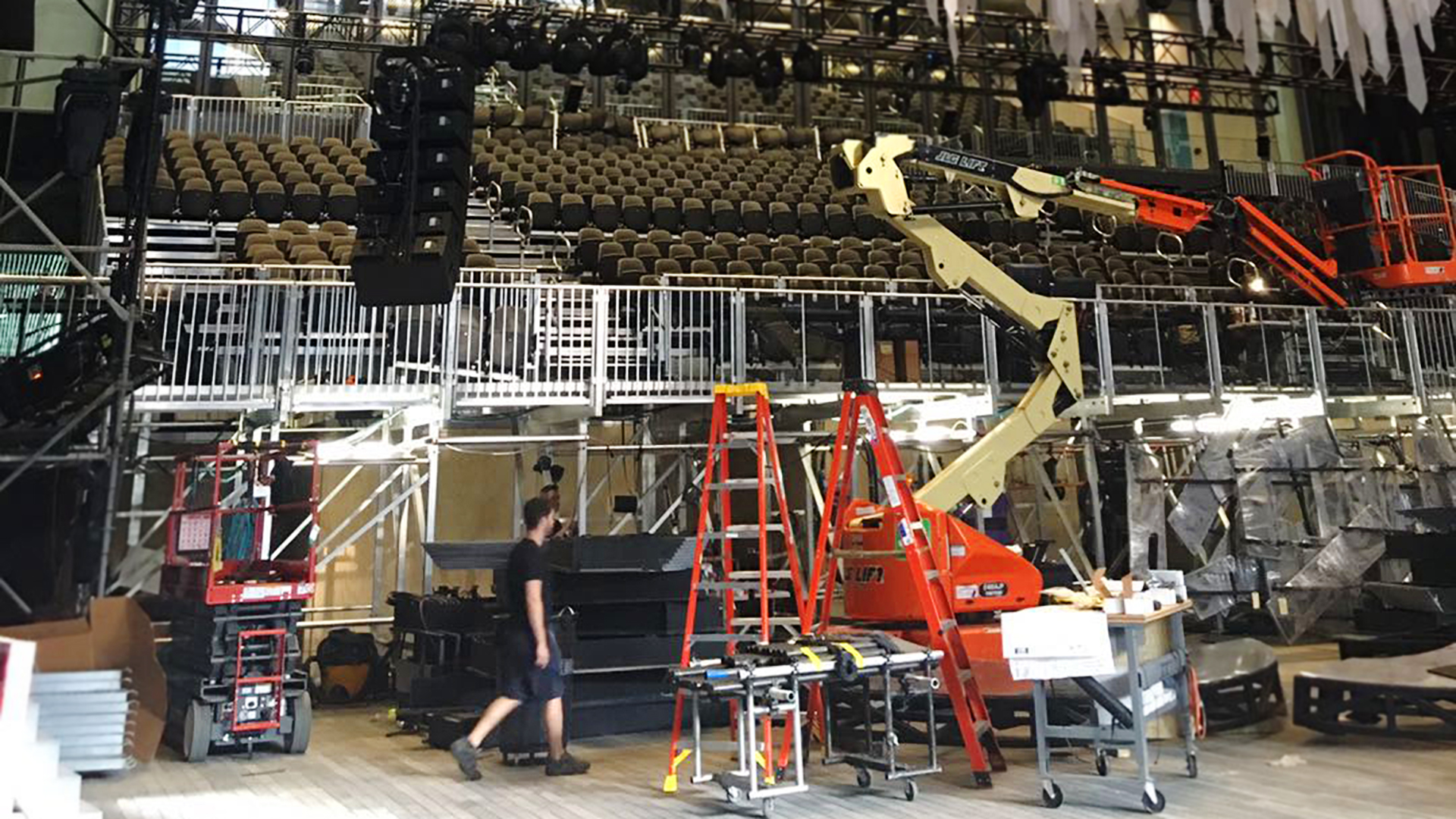 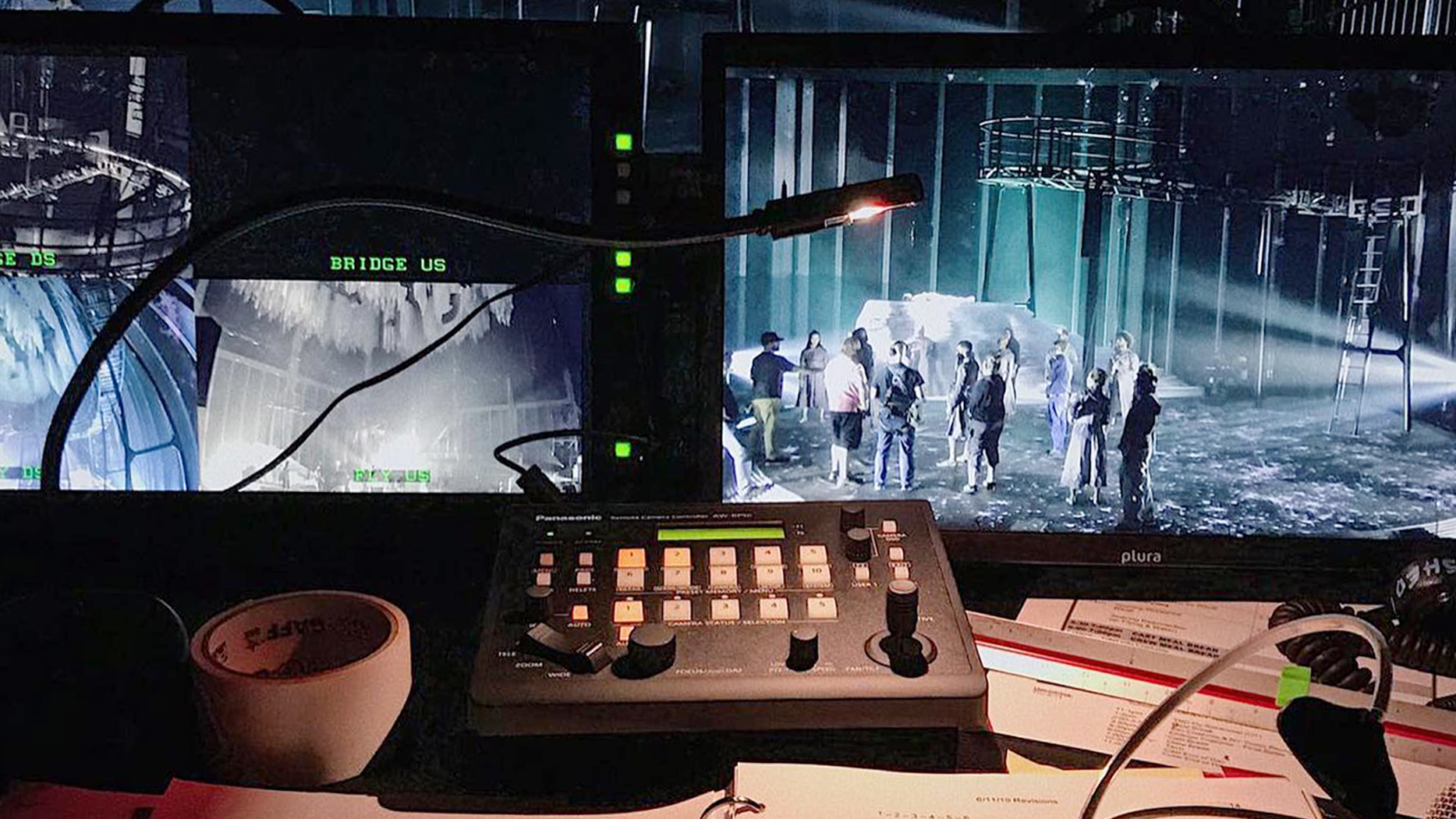 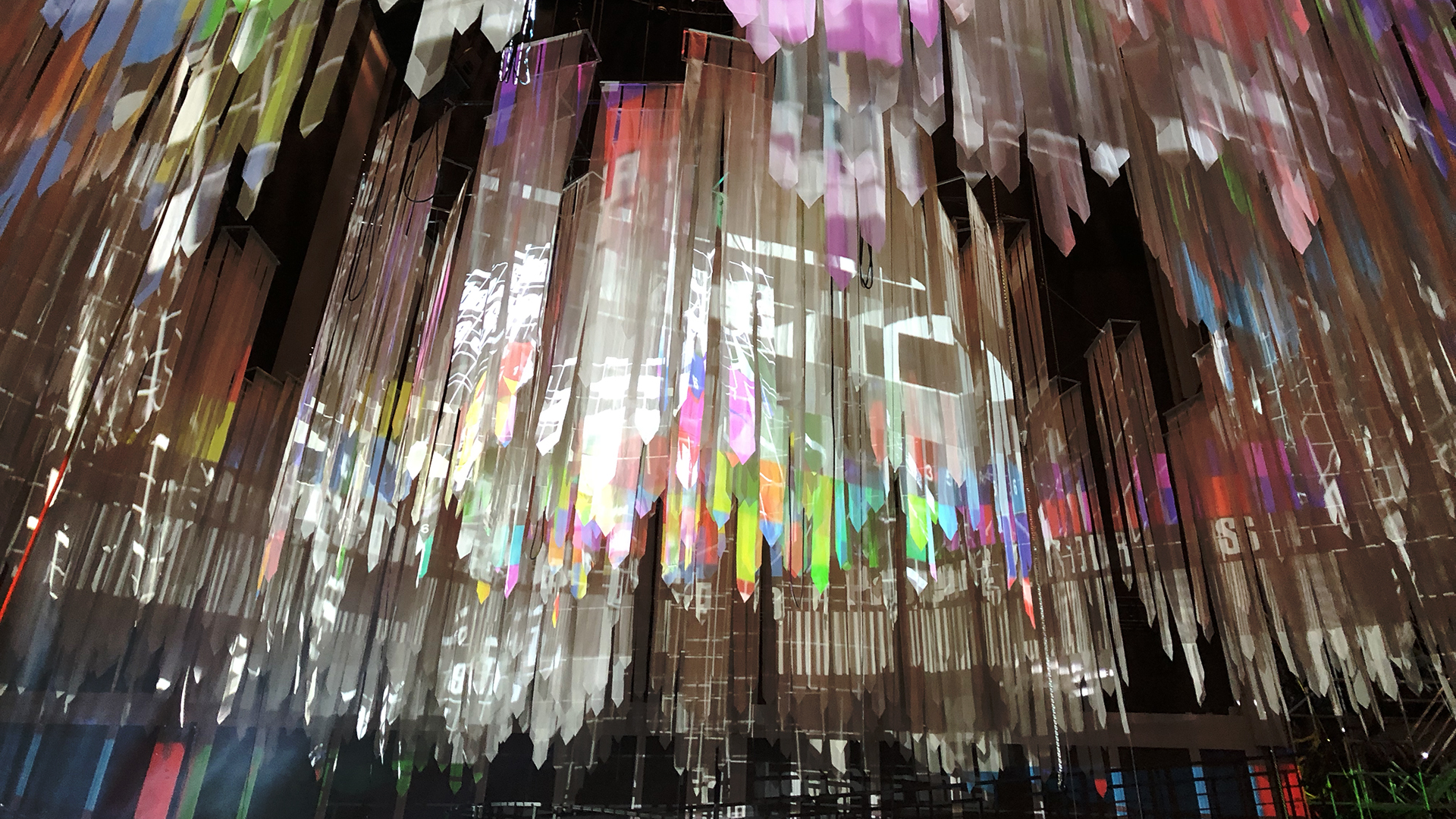 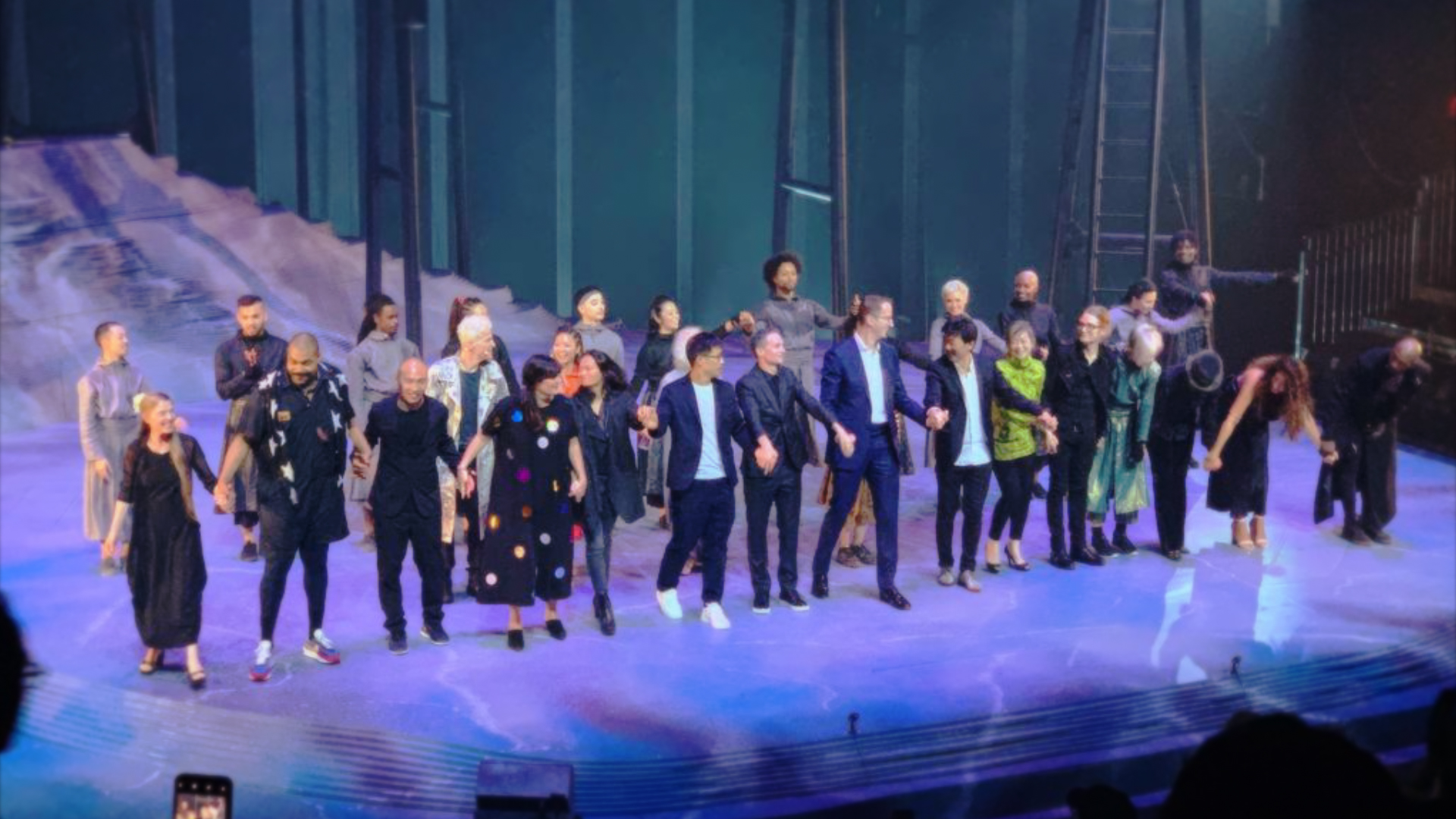 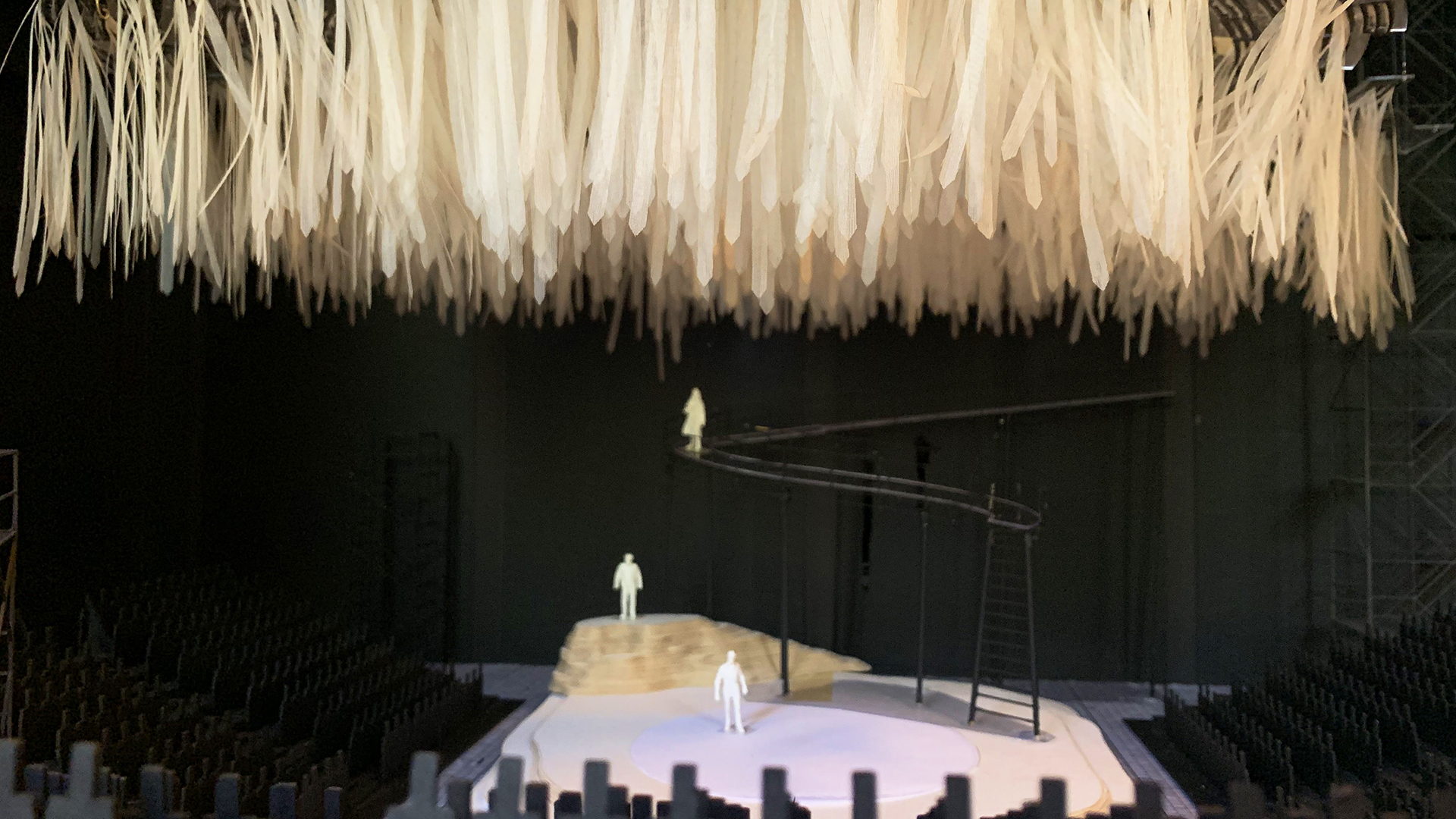 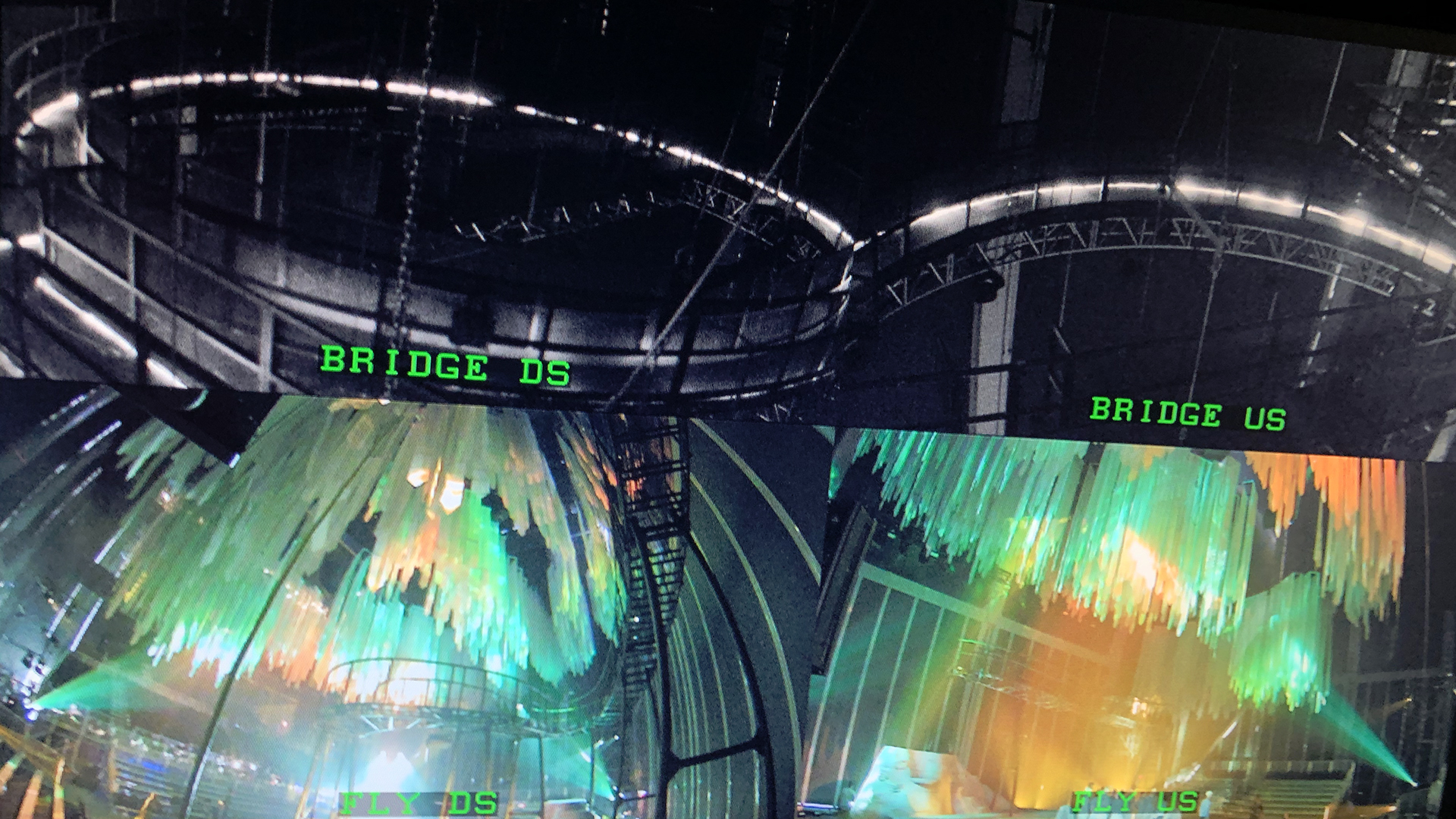 Photos by Stephanie Berger.
Documentation Video by Offsite Productions and The Shed 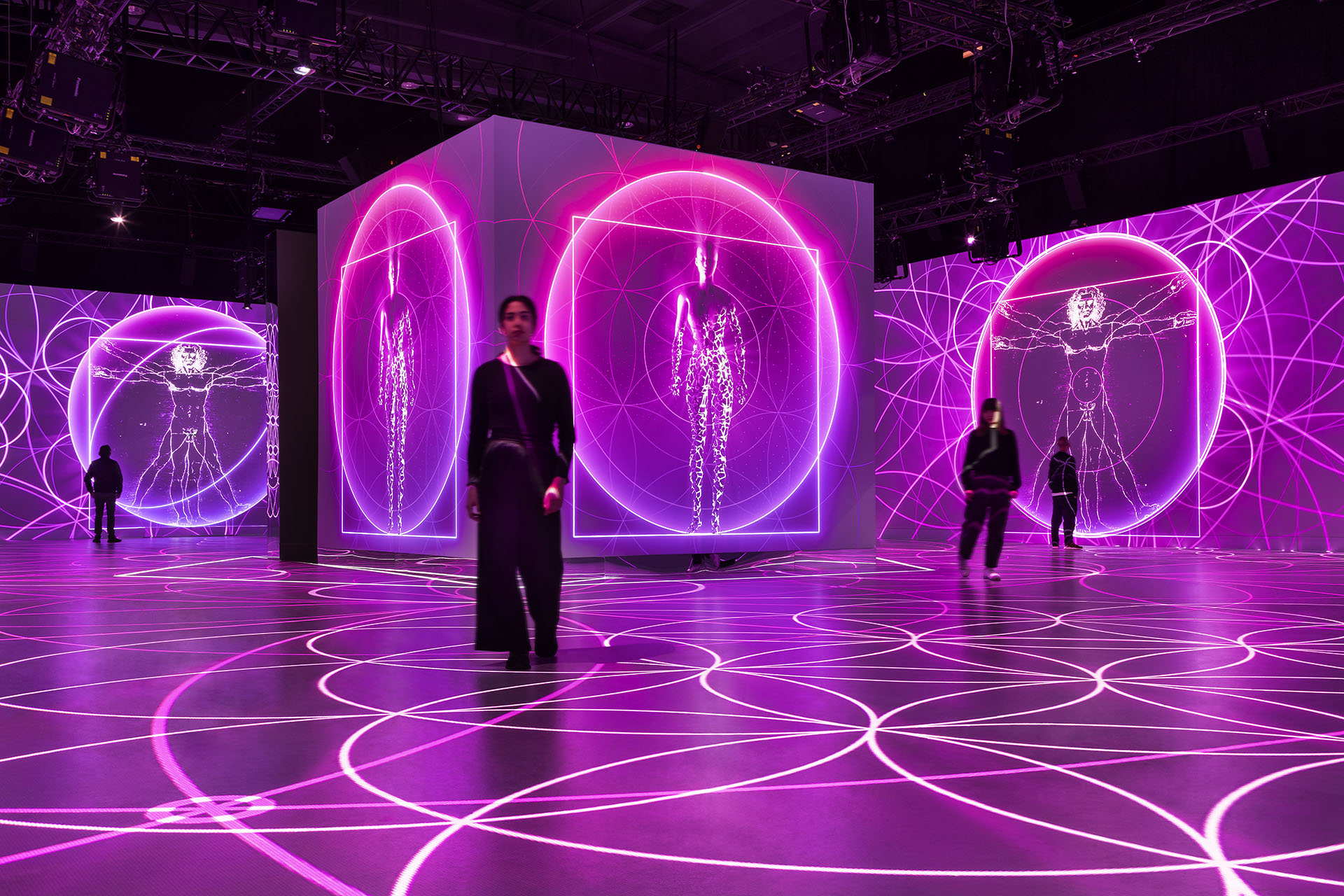 Genius - a creative journey through the eyes of Leonardo da Vinci, today. 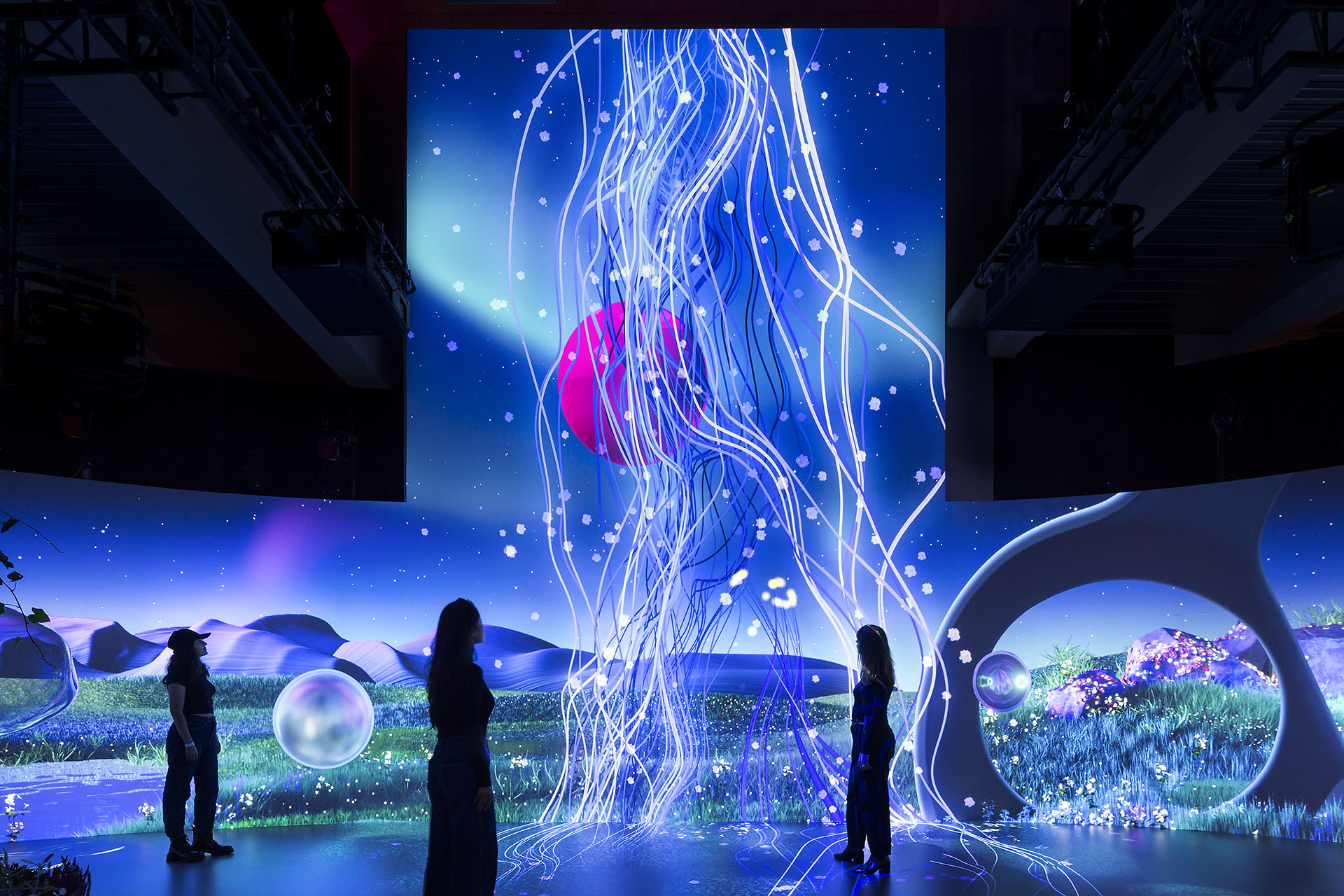